Less than a year following its first foray into the mobile market, Razer is ready to resume competition with the biggest phone manufactures in the industry with second iteration of its flagship Razer phone. The device brings a host of upgrades to entice gamers, including the brand’s signature Chroma RGB lighting, and fixes some of the mistakes its predecessor was criticized for. Will this be enough to justify the device’s $1099 price tag in Canada and do these upgrades produce a significantly better device than the first market entry?

Design clues remain very similar to the first Razer Phone, which had a strong angular presence with a 5.7″ display. On the front we again find two large grilles housing the same speakers with integrated Dolby Atmos, which in my review of the Razer phone I noted were the loudest available on the market, and with a few settings, you’d have no problem hearing the sound on busy streets. The device retains a singular USB-C port for both charging and audio, although i’d recommend pairing it with a set of bluetooth headphones, as the USB port tends to get damaged through extended use of the wired headphone adapter. The back receives most prominent upgrades, with the dual camera lenses moved towards the centre of the panel. Repositioning should allow for clearer focus, and the company claims to have both improved the camera hardware and software. The Razer logo is now highlighted through Chroma RGB lighting, with customizable presets found in the app, but otherwise the device follows in its predecessor’s looks.

Razer Phone 2 receives minor upgrades under the hood, with a slightly more powerful Snapdragon 845 replacing the 835 model in its predecessor. Memory remains locked in at 8 GB, which is plenty for any sets of tasks. There’s a noticeable lack in storage improvements, and Razer locks its second flagship at 64GB. If you install many games, this isn’t a lot by a long stretch, but there’s still an expandable memory slot for extra capacity. 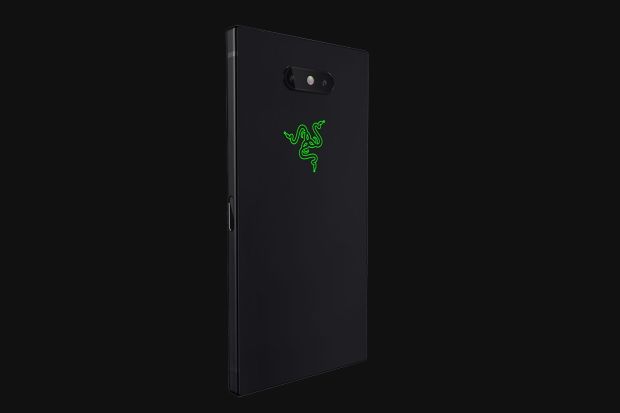 Razer Phone 2 retains the 120Hz Ultra Motion display, which features customizable refresh rate between 60, 90 and 120Hz. Razer remains a leader in the display industry, even if its 1440p panel isn’t outstanding by modern standards. The variable refresh rate remains a strong selling point for the Razer phone, and high fluidity of 120 Hz will be appreciated if you’re familiar with the company’s first flagship device.

The battery receives a few minor upgrades as well, although capacity remains at 4000 mAh, which is solid to power the device for a full day’s use. Razer Phone 2 features wireless Qi charging, which now allows you to charge the device on a docking pad, a feature highly desired in the previous iteration. Razer offers a charging dock with integrated Chroma lighting effects to add to anyone’s RGB peripheral collection. 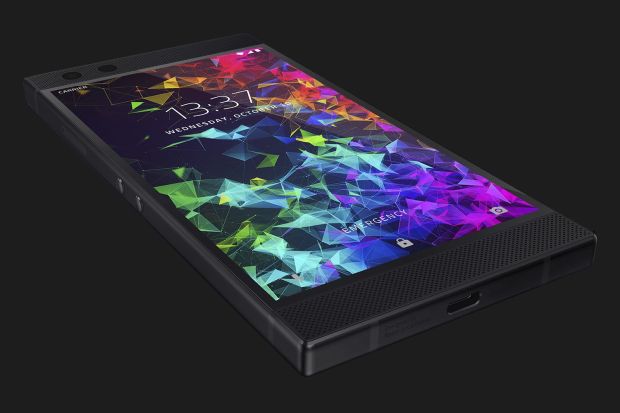 Despite the short design cycle, Razer Phone 2 fixes the biggest complaint many have had with its predecessor, which is that the camera was lackluster to say the best. Razer replaced older lenses with 12MP wide-angle and telephoto, which are expected to work better. In addition, the phone’s case is now rated at IP67 water/dust resistance, so you can still walk away with your phone intact after a fall into the water. For the increased price of $1100, these features are certainly welcome.

Razer delivers a solid flagship yet again with an impressive offering in its second iteration of the flagship phone. Packed with high-end parts, the Razer Phone 2 successfully continues the trend of mobile gaming products the company jump started, but remains a high-end choice for anybody looking for a good phone. While only minor changes occur with the phone’s design, it fixes most crucial flaws found in its predecessor, improving product appeal for consumers. With the few welcome upgrades, Razer Phone 2 fixes the biggest gripes with its predecessor, making it a decidedly better product for those looking to jump into the phone space. Its $1099 price tag may be quite a lot, but the upgrades are well worth it, and the original phone becomes available as a bargain. Razer Phone 2 won’t sway existing device owners to upgrade, but offers a compelling flagship option for those looking for a solid product.