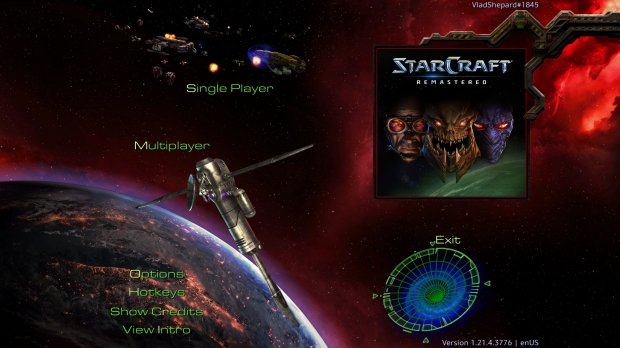 StarCraft Remastered feels instantaneously familiar to those who would have sunk hours into the original Brood War 20 years ago, and through an extensive set of visual upgrades, Blizzard has improved significantly upon the game without altering its gameplay formula. It may be a hard sell for new players, given the continued success of StarCraft 2 on PC throughout the 8 years of its existence and Blizzard showing no intentions to stop with the updates, but StarCraft Remastered offers something different: a chance to experience a popular PC classic running on modern systems with support for up to 4K resolutions. The Remaster offers a plethora of visual improvements, all of which serve to enhance player experience, however the gameplay was left completely unchanged, which in some cases can serve to StarCraft’s detriment more than its advantage. Seeing a similar design philosophy, few differences can be drawn between StarCraft Remastered and its original release apart from visual upgrades, although the excellent execution of the re-release makes it a definitive version to experience, and frankly, StarCraft Remastered proved to be a large success as Blizzard still tends to enjoy an expansive fan following. StarCraft Remastered is not ideal, and drawing comparisons with StarCraft 2, the gameplay left me with something to be desired, however with that said, StarCraft Remastered is a perfect nostalgic trip into my childhood, which makes the flaws apparent in this version barely noticeable as it would for many players. 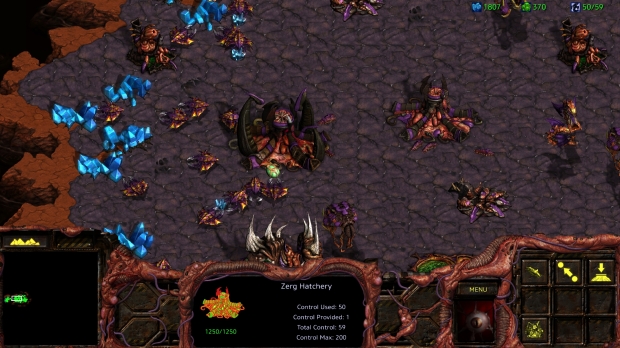 StarCraft Remastered looks about as good as you’d expect from a sprite-based real-time strategy, and even sharper textures do not mitigate the outdated visuals. Despite that, the improvements are sharply noticeable, from extensively improved detail in the units and buildings to smooth sailing 60 fps framerate. Those improvements alone make the game worth its retail price, and while the original Brood War has been updated to support modern systems and is available as a free download, the two experiences share little in common overall. StarCraft remastered of course offers extensive resolution options that match modern standards and is certainly far more enjoyable in full screen mode, while the increased framerate additionally benefits the gameplay to a significant extent. The completely original gameplay, on the other hand, leaves some improvements to be desired in places, such as AI pathfinding or the ability to control more than a dozen units at a time, however preserving the original Brood War experience in full was perhaps the leading idea here. Frankly, the remaster proved to be quite successful, and Blizzard’s expertise shows through and through when comparing the updated release side-by-side with the original. Add in an updated multiplayer mode with fairly stable servers and a proper ranker ladder system, and StarCraft Remastered is the definitive gateway to experience the original game, which surprisingly aged quite well for a sprite-based RTS.

The extensive array of visual improvements is immediately noticeable, and StarCraft Remastered’s graphics convey that most effort has been directed toward this part of the game. While if won’t offer an extensive menu of options we’ve come to expect from all major PC releases, StarCraft features all modern resolution options for visual scaling, and given its age, the game is not a particularly demanding system hog. With an additionally upgraded framerate, StarCraft Remastered runs incredibly smoothly, and comparing with the original version, this is one of the best improvements overall. While the original gameplay doesn’t exactly demand fast response times, the better framerate is a nice feature to see, and a fluid 60 fps is a significant leap forward from the sluggish-feeling original. Texture detail shows a significant improvement as well, and the increased resolution of assets allows to see the units in much sharper image quality than before. Pitting the remaster against the original reveals extensive graphical improvements, although in 2017/18, the game has no hope of visually competing with other major releases, but then again, that wasn’t the point. Although these two improvements are major centers of attention in StarCraft Remastered, digging further reveals additional visual improvements that can be quite pleasing for the eye. Character models in briefing screens have seen significant remodeling, and instead of static images, these are now fully-rendered 3D objects, and among other non-significant improvements, add to the overall flare of the game. Again, StarCraft Remastered is not bound to impress anyone despite its upscaled visuals, but significant effort shows throughout to demonstrate Blizzard’s continued dedication to this series. 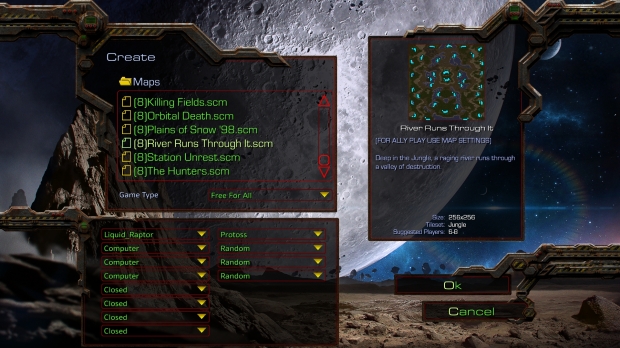 Game systems remain completely identical to the original, and while StarCraft Remastered feels significantly behind its successor in terms of pacing, one has to consider that Blizzard didn’t just opt to release the original’s campaigns in StarCraft 2’sengine. The gameplay holds up quite well, making the game just as challenging and addicting as before, except now you can battle it out with other players online once more. To some extent, offering no improvements whatsoever serves to the game’s downside, and the AI’s glitchy path finding in particular leaves something to be desired, as larger groups of units can easily get stuck around base structures. At the same time, the remaster abides by the “don’t fix if it’s not broken” rule, and frankly, few things needed to be fixed with the game 20 years ago in the first place, which indicates just how well the original design holds up in modern gaming. StarCraft Remastered succeeds in completely preserving the original’s core game experience, which can be attributed to fan feedback over the years, and while similar gameplay is found in the original, the remaster is absolutely the definitive edition of the game to experience. There are still some issues present with the original gameplay, however, and the army selection size could have been much bigger than a dozen units at a time like it is in StarCraft 2, which feels really awkward here when controlling massive groups, but for the sake of retaining the original gameplay, it doesn’t detract by a lot from gameplay. And while the move to avoid gameplay change can be questionable, as some elements could have brought this already-excellent game up to par with modern strategy titles, however the original game works well with Remastered graphics, and StarCraft: Brood War remains one of the best RTS games on the PC platform.

The original Brood War’s gameplay remains intact in the remaster, although feels somewhat slow by modern RTS standards. Just like its successor, StarCraft pits zerg, terran and protoss against one another in melee, custom, or free-for-all matches, with a full-feature campaign that is quite worth playing. All of the original game’s maps made it into the Remastered release, and there is a lot of diversity to be found in maps, which range from 2 to 8 players and some even have unique attributes. Compared to StarCraft 2, the original’s game mechanics are far less streamlined and micromanagement intensive, although the strategic element remains in full, with plenty of variety in unit builds to change up the gameplay. StarCraft Remastered’s additional improvements include a simple, but effective multiplayer ladder, which ranks players among multiple leagues similar to what’s on offer in StarCraft 2. While it may not be an extensive overhaul some hoped, the fact players can still enjoy the vanilla StarCraft experience on stable servers speaks of Blizzard’s dedication to the massive e-sport title and even StarCraft 2 is now almost a decade old. With all improvements combined, StarCraft Remastered proves to be the definitive version to experience the original game, and both improved graphics and original gameplay make it a fun RTS to play versus AI or other players. 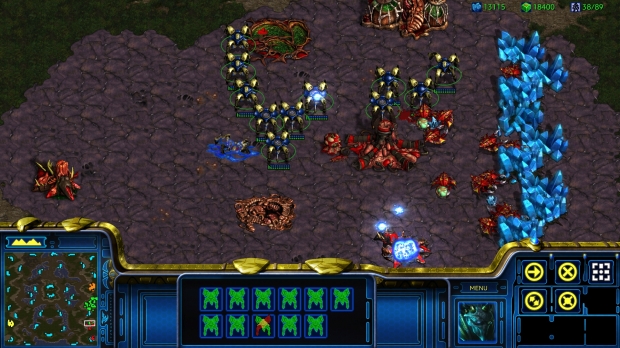 StarCraft Remastered doesn’t change the original’s formula to any extent, and fans of Brood War will certainly appreciate playing the newer version. While the original StarCraft can still be enjoyed on modern systems and is available as a free download, the remaster streamlines the experience by bringing improved graphics, increased framerate and updated multiplayer components. With an admission price of under $20, it isn’t a hard sell, and while newcomers might want to be cautious coming to this title from StarCraft 2, fans will appreciate the original experience that’s been preserved in a better visual package. The gameplay shows its age, and won’t be for everyone, especially as its much less fluid than StarCraft 2’s game mechanics, but if you grew up on the original StarCraft and Brood War, then I can definitely recommend StarCraft Remastered. It is the best way to currently experience the game, and modern resolution scaling with a smooth 60fps make the game look fairly decent on computer screens. Blizzard’s decision to preserve the original gameplay ultimately paid off, and while even I prefer the streamlined features of StarCraft 2, the remastered edition still puts me on a nostalgic trip into my childhood. And 20 years following its release, the original StarCraft is still a fan-favourite and holds up really well among modern games with the Remastered edition.