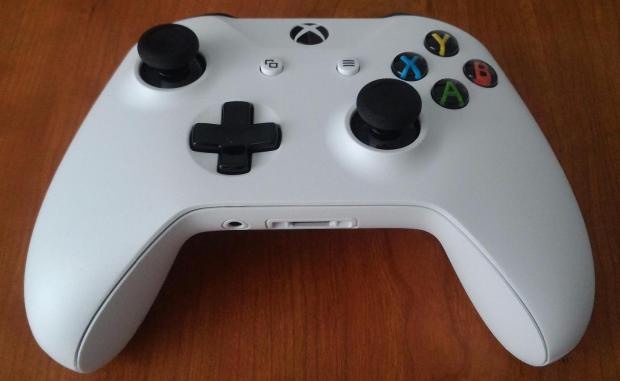 Tested On: Windows 10-Based PC

The Xbox One Wireless controller was already considered to be a great gaming accessory and a preferred input device for players, including those on PC. The device later came equipped with a wireless dongle to use with Windows 10 and for a while it’s the controller that came to dominate many gaming markets. Later on, Microsoft unveiled the premium Elite controller with a high quality build and customizable bindings to please quality-oriented gamers with no budget concern. At last, the product range has been updated to include the updated wireless controller to come with Xbox One S and a Bluetooth functionality to connect with PCs. The new controller slots in between the old models and the Elite, and offers some quality improvements over the original controllers to bridge the gap between it and the premium Elite.

I purchased a white version of the updated controller to use with my Windows 10 system, and while its design doesn’t look outstanding, the controller looks very neat thanks to its colour. This option ships included with all Xbox One S standard consoles and can be purchased separately in white colour. Although many special editions of this controller are available like the Gears of War 4 special, those are limited to be used with the consoles only as the controllers feature no Bluetooth support. On PC, you currently have the option of the black older controller with a dongle or the updated white one with built-in Bluetooth.

Microsoft goes one step further to allow users to customize controller buttons through its Xbox Design Lab site. What it does is allow for millions of colour combinations to choose when buying a controller, which gives the device a degree of personal touch and unique design options. If it wasn’t for its higher price tag relative to the standard controller colours, I would have totally gone for it. As it stands, the customized controllers start at $100 MSRP, which is already quite a lot for an input device. Xbox Design Lab is a quite simple utility tool that offers customizable colours in multiple areas; for example, the controller body, sticks, triggers and the back can be set to different colours to make a really flashy controller. The front and the back get the biggest colour treatment and possess the biggest variety of colour options. Want your controller in pink? Sure. Want in to be purple, yellow and orange at the same time? Not a problem, but you must be crazy to want it like that.

The new controller is not visually distinguished from its predecessors, but I find it to have smoother corners and grips. The buttons all remain in their usual places and the controller doesn’t feel any different from the Xbox One Controller I’ve used before. However, past the surface, many improvements are immediately recognized, but it still doesn’t justify spending $80-100 on an almost identical controller if you already have one from your Xbox One. Nonetheless, the features are important in moving the product forward and the controller works quite nicely. The device now features a rubberized texture grip for those sweaty palms to hold on to. One of the biggest problems I’ve had with the previous Xbox controllers is when your hands become so sweaty it’s literally prone to fall out. With the updated controller, however, these issues are not much noticeable, although sweaty hands are not completely solved by the rubberized surface. Still, the controller feels nice to use and provides a lot more grip than its predecessors.

More improvements are apparent diving further into testing. The updated controller sports a 3.5 mm audio jack for headphones, taken from the elite. There is still the port for a headset adapter, but the standard audio port makes things easier. On that not, I would not recommend gaming in headphones if you keep it wireless. The Bluetooth connection is not designed to simultaneously conduct game inputs and audio, thus the quality of sound takes a significant hit. If the controller is used wirelessly, sound quality is noticeably very poor, with low clarity and muffled sounds. And don’t even get me started on voice dialogue – it sounds absolutely awful in this setup. Thankfully, all sound issues are fixed by keeping the controller wired so it’s up to preference whether its better wired with headphones or wireless with speakers. I haven’t been able to test the quality of sound in a wireless connection with the headset adapter, as those cost extra. Generally speaking, if the controller is wired, sound quality doesn’t disappoint and can be used perfectly fine with headphones.

The updated Xbox One Controller still relies on using AA batteries, which I was not very impressed by. For a new device, lack of a built-in rechargeable battery is really insulting and this is one area where Microsoft didn’t improve things. Despite the known issues with the Dual Shock 4’s battery, I would have much rather preferred that in the updated Xbox controller than the old-fashioned batteries. Sure, you can use rechargeable batteries in it, but popping them out to charge over the entire night is not exactly fun. The USB port is not particularly done well either, and I’ve got it broken a month into using it wired. The cable still works but it disconnects consistently, however not everyone might run into this issue. The last bad stone to throw would be the controller’s shaky Bluetooth connection. I haven’t used the best quality Bluetooth dongle, but even then, the controller would give me way more trouble with connecting that I would like. A simple thing as unplugging your Bluetooth dongle for an hour can mess up the pairing, and you have to do it all over again. The amount of times I’ve had to deal with that would be astonishing – last few months I’ve been keeping it wired. The new controller still needs a lot of work done on it, and Microsoft hasn’t succeeded in all areas, but there is potential to turn this device into an ultimate gaming accessory, assuming you prefer Xbox controllers over PlayStation’s. 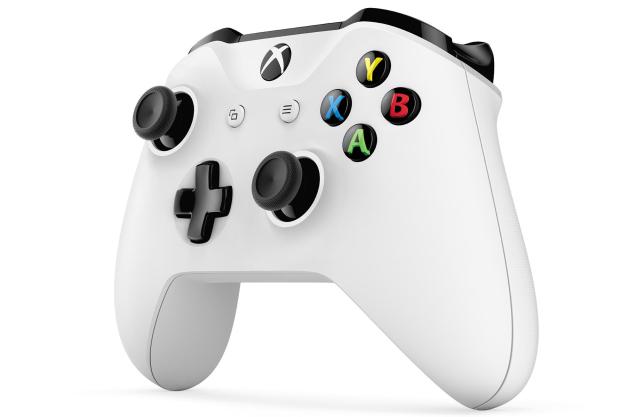 Bluetooth pairing in itself is not an issue. The controller features a small button for device pairing and the Xbox logo serves to turn on the controller. When you can get it to work, the updated Xbox One controller works quite well over Bluetooth and I’ve never had it disconnect on me once unless the batteries die. Wireless range is not a major issue of concern, as the controller can easily keep up with a few meters away from the computer, but most have their PCs set up in a desk environment anyways, where range wouldn’t be an issue. The controller never disconnects randomly on its own, so it at least provides for extended gaming sessions with no interference. Batteries can last for a while but the controller simply disconnects when out of power, even if in a middle of an intense gaming session.

All issues aside, the updated Xbox One controller deserves praise by bringing the traditional experience closer to the level of the Elite controller. The controller is improved all-around to justify dropping another $80 on one, although if you’re just upgrading, I won’t recommend getting it unless you’re moving up from a 360 controller, where this becomes a big upgrade. The controller can even be ordered in a multitude of user-selected colour combinations to add a drop of personal touch when gaming. The product is well rounded-off with existing and newly introduced features, such as the 3.5 mm audio jack taken from the Elite controller. The new rubberized surface provides for a lot more grip than seen in previous iterations, which makes gaming comfortable even when your hands are sweaty. The controller still uses AA batteries, which I wasn’t impressed by, and suffers from a lot of Bluetooth issues, but despite the abundance of issues I could nitpick about, the controller is overall a solid offer. The newly revised Xbox One Wireless controller is a big step forward and improves on a lot of aspects over the previous model to make the user experience even better.